Ian Wilde Funerals > About Us

Ian Wilde is a fully qualified fourth generation funeral director who is proud to be part of a family whose name has been synonymous with high quality and compassionate funeral care to families in the local area since his great-grandfather, Harry Wilde, first started serving the community back in 1896.

Ian, a member of the National Association of Funeral Directors, is keen to let people know that he now operates his own independent business from the former White Bull Hotel. Centrally located at 211 Station Road, in Bamber Bridge, the new premises were opened in November 2013 with no expense being spared in the tasteful redevelopment to provide funeral premises of the very highest standard.

On the left Ian and Wendy can be seen receiving the Funeral Planner of the year award 2015 from Golden Charter.

Explaining the background to his new company, Ian says:

“For well over 100 years the family name of Wilde was synonymous with everything that was beneficial about dealing with an independent funeral director at your time of greatest need. When Roy Wilde retired some 10 years ago, the business was sold to a holding company based in East Yorkshire. Our old business changed hands a number of times after that but while I strived to maintain the family atmosphere and dedicated service provided, it proved impossible because of the size of the organisation which owned the business. My wife Wendy and I decided we would establish Ian Wilde Independent Funeral Directors, which is now the only independent, family run funeral directors within the Bamber Bridge area.” 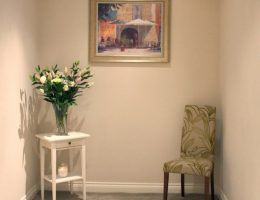 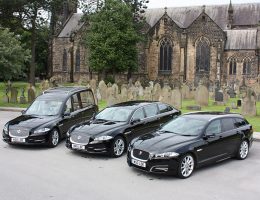 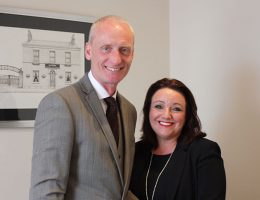 A member of our caring team can be contacted on 01772 902345 where you can be assured of their personal attention 24 hours a day.